Where to find me - Reuben

Friends, on account of the eleventy thousand hours per day that my mama leaves me alone to go do works and schools, I would like to direct you to my Face Books page. Face Books is a medium that allows me to do a photo update that is very fast. Just like me on my correct-sized legs!

So if you is having a Face Books, please click here, on Reuben's Face Books page, to be connected to my beautiful words of wisdoms.


I will return to my dogbloggings at some point in the futures when Mama no is hogging up all the interwebs with her boring stuffs! 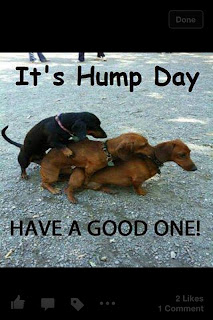 Actually this is kind of my "week in Face Books photos," since many of these has already been posted to my Face Books page and possibly even my Twitters.


Maybe you is noticing how all of these pictures is in doors. That is because it has been raining for about eleventy days, and also because Mama is very good at forgetting her flashy box when we takes walks.

In conclusions, I has some *kind of* good newses. The newses is, Mama gotted promotion at work! That means she is allowed to work twice as many hours as she was before. I no has an understand for WHY this is a good thing. Something about having more monies to buy treats and chewies for Reuben, I thinks. Ok, actually it makes perfect sense. Also, on Monday she is starting classes again, which involves lots of listening to lectures and typing of boring things on the computer, hogging up all the interwebs and leaving none for me. And since I does my best writings when I is sitting in her lap, there will be less dogblogging, Face Booking and Twittering for me, Reuben. Already I was slacking in my dogblogging responsibilities, but now the lap I so badly need will be absent much more :(

Mama says if this semester she can pass her classes, not get fired from her job, and not get disowned by People Sister and Daddy, that she has done a great job! Of course, I will be waiting vigilantly here for her, always willing to bravely accept a belly rub or yawn in her face.

*****
pee S.   My piggies is still at large in the woods. If sighted, please catch them and send them overnight to

Some big Newses for Humpy Day

Greetings friends, I has been away for many years, or possibly even days. I has a sorry for this, but as you will see, there was a developing situation which I touched on in my last blog post that required me, a camera, and....


You heared right, I gots THREE PIGGIES all for my personal self! Remember when Mama wented away and left me home with Daddy for eleventy thousand days? She promised me a piggy and now Daddy has, in fact, delivered threefold on the promise! Ok, maybe the piggies live out at the farm, and maybe they no is "technically" mine, but they was going to become mine after I exhibited my braveries to them.

Why, you is asking? I will answer that question.

It is because my pigges escaped. ALL THREE OF THEMS. Like 5 minutes after Daddy gotted them out of the car. They went into the pigpen and then right out of a little hole in the fence. And they ranned away!

Additionally, Daddy tooked Mama's car to go pick up the piggies, because his car needs tires and no has legalities or something, and he had to drive Far Away. On the way home they farted, pooped and throwed up in Mama's back seat. Oh, and also they was riding in MY crate, so now it has been defiled by bovinus exodus.

All week Daddy has been going out the farm and doing pig huntings. He caughted one of them (the one that People Sister named Diamondneck), and to no one's surprise he escaped AGAIN. There is now approximately eleventy pounds of future bacons wandering around in the woods behind the farm.

They's tolded all the neighbors, and Animal Control, and they gotted pig trap from animal control too. My favorite pig retrieval idea so far is getting another piggy with a GPS collar, turning it loose in the woods, and hoping that it will lead us to the other piggies and no get picked up by a falcon or something. They is very little piggies.

Daddy finded pig tracks in the woods today, so they is still around. Can you believe that Gretchen and Daisy is good pig herders?! THEY IS! They helped with the Diamondneck recapture, so I is thinking that it must be pretty easy to herd pigs. I is all ready to go out to the woods and hunt down some piggies. Right after my nap.

I will keep you informed of these situations as they develop! In other newses, you may be remembering a dignified senior dog named Mr. Snoots that Mama and People sister meeted at the adoption fair. Well, People Sister was falling kind of in love with hims. And Mama was thinking that maybe we would be adopting his personal self. Mr. Snoots is 17 years old. When Mama explained to People Sister that we maybe would has to let him to go Rainbow Bridge soon on account of his extreme seniorness, she began to cry and cry. And also the next day. And the day after that. Sometimes she still cries about losing our kitty Kanga, who wented to Rainbow Bridge 2 years ago. She says she no wants to adopt Mr. Snoots because she no can handle the idea of maybe losing him soon. Mama and people sister is planning to do a visiting of him soon in his foster home, which is likely the place he will stay since his foster mom loves him a big, whole lot and already was thinking of keeping him.

This is Reuben, wishing you a very Happy Humpy Day.

What the French Toast is going on here.... 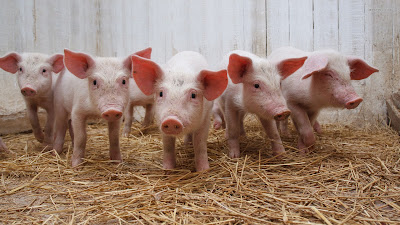 Friends, I has some highly interesting and unusual newses involving the aforepictured picture. However.... I no can tells you yet, so now I would like to welcome you to a segment I may or no may be calling

What it could all means?


PeeS. It is unrelated to Mr. Snoots, our senior friend from the adoption fair, who we also is to be discussing after more things is sniffed and barked about.
Posted by Reuben at 12:13 AM 16 comments

We loves you Benny!

This is the searchings box

Promote Your Page Too 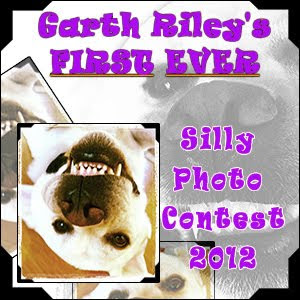 Other bloggings I reads